One person was in custody Tuesday after an explosion struck a US Air Force recruiting office in northeast Oklahoma -- the second time a recruitment center in the area was attacked in recent days, the FBI said. 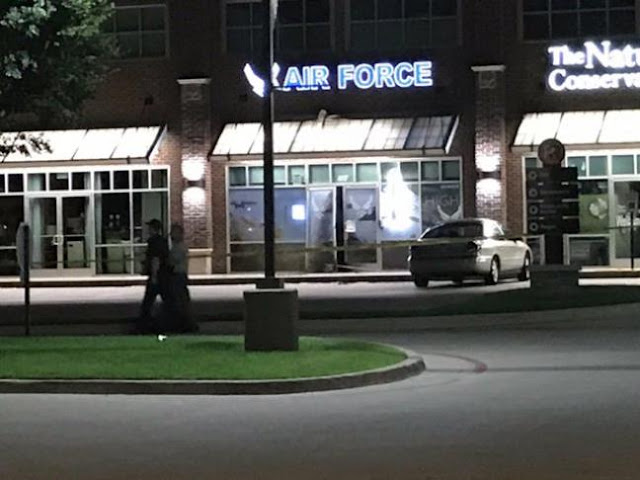 Bomb squads responded to the explosion in Bixby, a suburb of Tulsa, at about 10:30 p.m. local time Monday, Bixby police Sgt. Tim Scrivner told CNN. No one was inside the Air Force recruitment center.
Now the FBI and the Bureau for Alcohol, Tobacco, Firearms and Explosives are investigating what type of bomb was used -- and what the motive was. Early reports indicate the fragments were consistent with a pipe bomb, FBI Special Agent Jessi Rice said, but the type of bomb has not been confirmed.
The FBI has a person in custody in connection with the incident, Rice said, but she offered no further details. A witness reported that someone on a motorcycle was in the area, and agents are pursuing that lead as they conduct interviews, Rice said.
The FBI is not calling the case an act of domestic terrorism because investigators don't have a suspect or a motive. But terrorism has not been ruled out as a possible motive.
A few days earlier, a nearby National Guard recruiting center was vandalized, police said, according to Rice. That vandalism included slashed tires.
The FBI said it is investigating whether the two attacks at military recruitment centers are related.