China on Wednesday signalled its intent to end the stand-off between Indian and Chinese troops in the Doklam area at an early date, if Indian forces withdraw to what it called the “Indian side of the boundary”. Adopting a less harsh tone than in the recent past, when it had characterised India’s alleged intrusion into Chinese territory as a “betrayal” and insisted that the withdrawal of Indian forces was a “precondition” for talks, the Chinese Foreign Ministry on Wednesday said: “We once again require India to withdraw the border troops to the Indian side of the boundary and properly settle this dispute at an early date.”

Responding to remarks by the former National Security Adviser Shivshankar Menon during an interview with The Hindu, Chinese Foreign Ministry spokesperson Geng Shuang said the current face-off was different from the past. 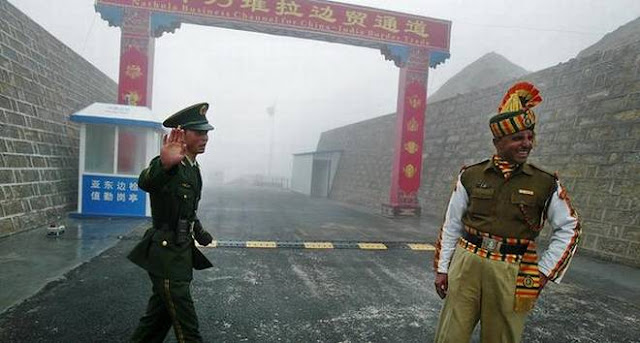 “China has pointed out many times the illegal trespass of Indian border troops of the mutually recognised border line into China’s territory. This is different in nature from the frictions that happened in the undefined sections of the boundary. The Sikkim section has special historical background and this is the only defined boundary between China and India. And this is different from the undefined boundary in the east, middle, and west,” he said.

“According to the 1890 convention, the boundary has been defined and both Chinese and Indian governments have recognised this. And this convention is effective for both countries.” The stand-off is happening near the western tri-junction of India, Bhutan and China. “The Sikkim tri-junction is basically the watershed between the Amo (also called the Torsa river) and the Teesta rivers in the Chumbi Valley, so it is clear, and parts of it have been settled. Since 1960, when this was discussed, both sides have constantly said that this boundary is not such a problem. But the tri-junction remained to be settled, and that is a part of the issue,” Mr. Menon said.