The Air Force said Tuesday that the Lockheed Martin (LMT) F-35 is the most cost-effective way to modernize its aging fighter platforms a day after Congress was warned of the program's rising costs.
According to a Selected Acquisition Report (SAR) submitted to Congress Monday, acquisition costs for the F-35 are expected to increase yet again to $406.5 billion from $379 billion currently. Total program costs are seen rising nearly 2% to $1.53 trillion. 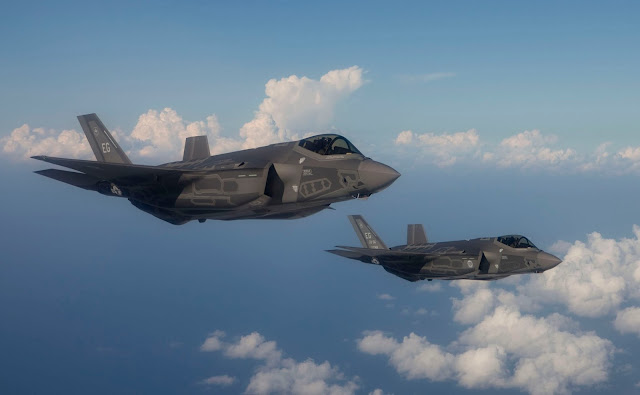 But at an Air Force Association breakfast Tuesday, Gen. Mike Holmes, commander of Air Combat Command, said the stealth fighters offered the best bang for the buck.
"The most cost effective option to recap our fighter force is the F-35. That will provide us unparalleled capability in that mutli-dimensional contested battle," he said.
Lockheed shares edged up 0.3% to 286.47 on the stock market today. F-35 subcontractor Northrop Grumman (NOC) was up 0.4% to 262.76, just moving out of range. Holmes said the service's goal is to acquire 60 F-35 per year but said that the service should be buying 80 to 100 new F-35s a year to drive the average age of an Air Force jet down from 27 years old currently.
The SAR out Monday detailed the Air Force's plans to only buy 60 F-35s a year, pushing the acquisition range out by six more years to fiscal year 2044, adding to costs.
But the U.S. and allies are banking on the new jet to be the backbone of their fighter fleets for decades to come.
"I can't overstate how essential that weapon system will be," Holmes said of the F-35.
Gen. Amir Eshel, chief of staff of Israel's air force, called the plane "game changing," according to Holmes, saying that Israel found new information when flying the F-35 earlier this year that other reconnaissance and intelligence gathering systems had missed. 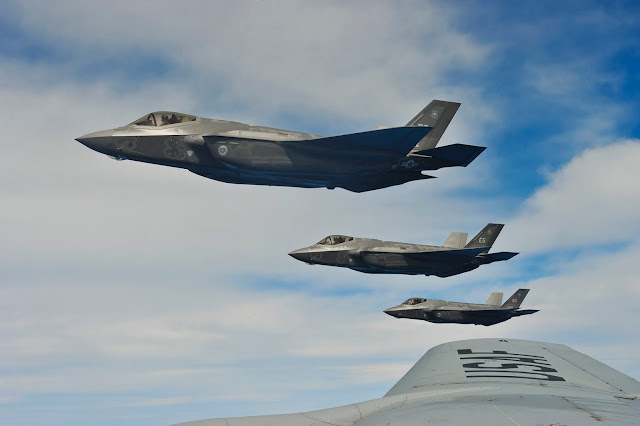 In November Israel announced that it would buy 17 more F-35s bringing it total order to 50.
Germany is also reportedly interested in buying the F-35. The German military was briefed on the F-35 by Pentagon officials this week according to Reuters. But Berlin hasn't yet made a decision on a procurement plan to replace its current Tornado fighter jets.
But not everyone is sold on the F-35. President Trump has been a major critic of the F-35 and vowed to get a better deal from Lockheed and look at more Boeing (BA) F/A-18 Super Hornets for the Navy instead to cut costs.