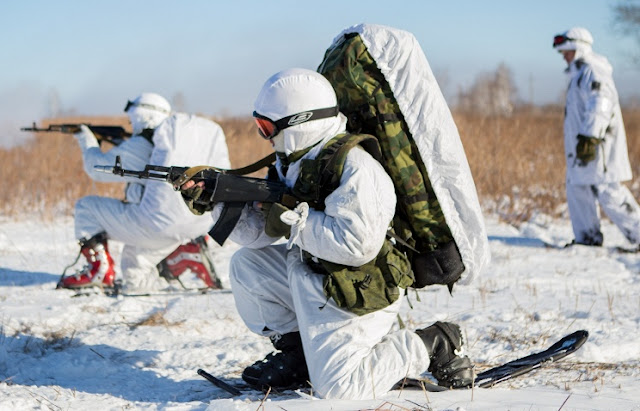 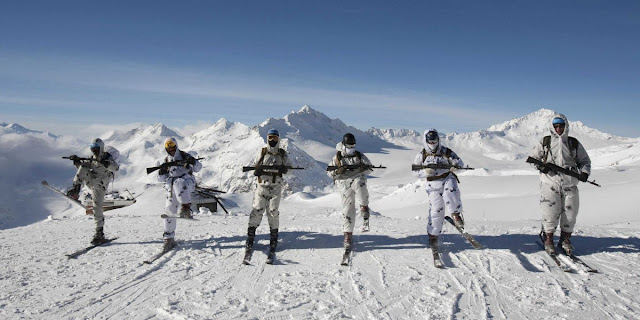 Seeking to protect its interests in the Arctic, Russia has developed a wide array of deadly and efficient weapon systems that will make any enemy think twice before attempting to invade the country’s northern reaches.
Several factors have led to Russia drastically building up its military presence and infrastructure in the country’s polar territories, according to RIA Novosti. 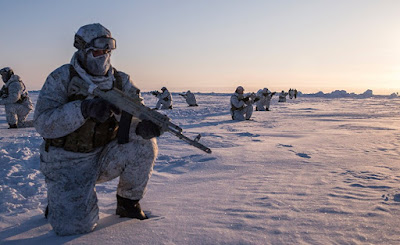 First of all, Russia’s geographical location allows the country to effectively control the Northeast Passage, one of the most important shipping routes in the world.
Second, the ongoing military buildup helps Russia protect its interest in the Arctic with its vast oil and natural gas deposits.
Third, the Arctic Ocean has always been a security concern to Russia due to the country’s lengthy northern border, which prompted Moscow to devise methods of countering possible attacks from that direction.

Fortunately, Russia has a wide array of advanced weapon systems at its disposal that helps the country achieve these goals. 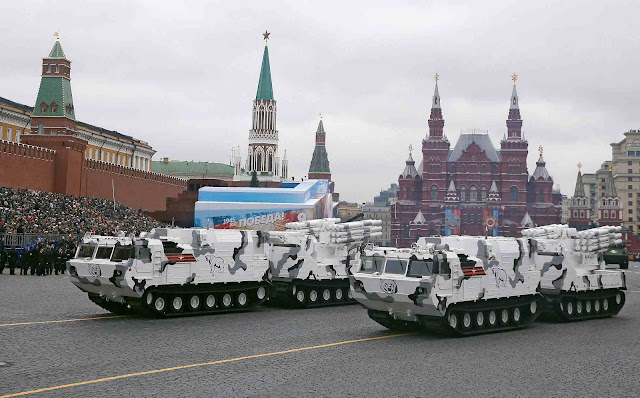 Two such weapons – Tor-M2DT short-range surface-to-air missile system and Pantsir-SA anti-aircraft artillery and missile system – were showcased during the Victory Day Parade in Moscow this year. Both vehicles are based on the DT-30 Vityaz tracked all-terrain vehicle and can operate at temperatures up to minus 55 degrees Celsius. 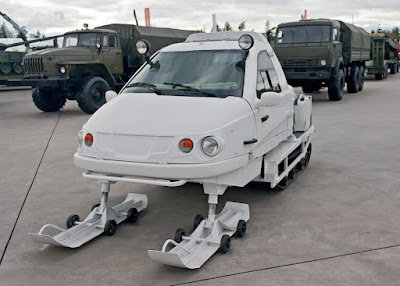 The 80th Independent Motor Rifles Brigade stationed at the Alakurtti base is one of the most efficient Arctic units in the Russian military. Its troops are well-versed in Arctic warfare and have at their disposal a variety of advanced equipment such as TREKOL six-wheeled amphibious ATVs, TTM-1901 Berkut snowmobiles and all-wheel drive Kamaz and Ural trucks adapted to extremely low temperatures. 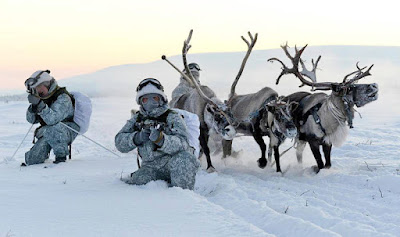 The Russian military does not shy away from using dog and elk sleds, as animals can sometimes help navigate rough terrain areas where vehicles cannot pass. 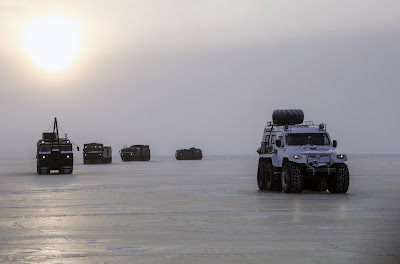 Meanwhile, Russian weapon designers are working around the clock developing new modifications of battle tanks and military helicopters that can operate in the Arctic.
The Russian Northern Fleet is also about to be bolstered by a number of powerful warships, including the Ilya Muromets diesel-electric icebreaker and Project 23550 Ivan Papanin patrol vessel armed with anti-ship missiles and 100m AK-190 artillery system.
And finally, last year Russia unveiled the Trefoil – probably "the only military installallionin the world that's 100-percent adjusted to harsh Arctic conditions." The 14,000 square meters facility has its own power plant, water purification and fuel pumping stations, and heated garages; it is designed to operate autonomously and can sustain a garrison of 150 for up to 18 months. 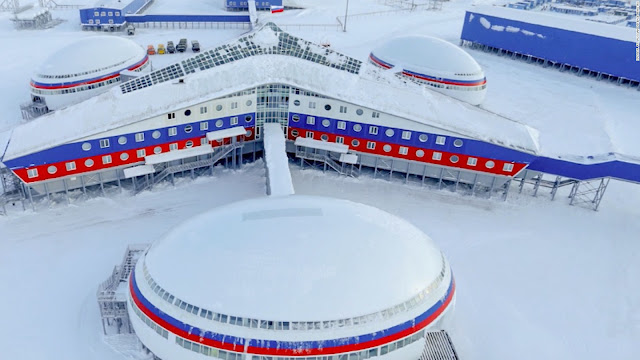