By Robert - August 17, 2017
Project 677 Lada-class diesel-electric attack submarines will lack air-independent propulsion systems (AIP) for the foreseeable future, the head of Russian-state owned Admiralty Shipyards, Alexander Buzakov, revealed in a recent interview with Russian media this month. Buzakov confirmed that the third and fourth boat of the class will operate without AIP. AIP vastly improves the underwater endurance of a submarine by allowing it to operate its propulsion system without access to atmospheric oxygen. Given that there is less need for AIP subs to surface or use a snorkel to charge their batteries, the stealth capability of any boat fitted with this technology is significantly improved.

Russian Navy watchers have suspected for some time that Lada-class will likely operate without AIP, although originally the class was to be fitted with the system. A first AIP system prototype will likely not be ready until the early 2020s, according to Russian defense industry representatives. The Russian Navy has plans for a total fleet of six Lada-class submarines. Funding for the third and fourth Lada-class submarines will reportedly be allotted in Russia’s new state armament program. However, funding for the fifth and sixth boats has so far not been secured and most analysts believe that construction of the Lada-class will stop after the fourth boat (if not earlier). 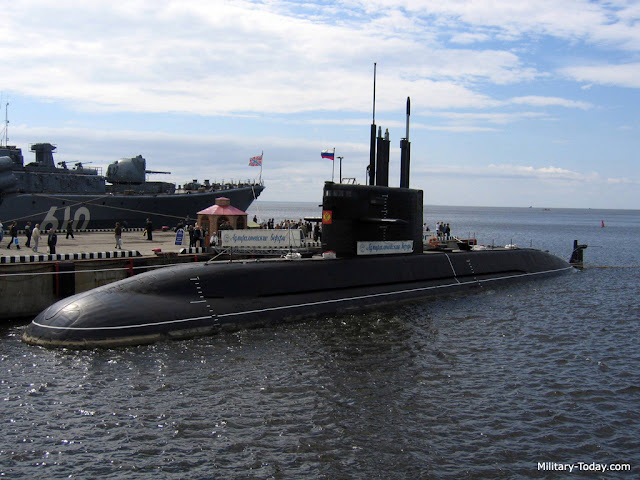 Originally, the Russian Navy expected to commission three Lada-class submarines by 2018. However, repeated delays in the program have so far only lead to the delivery of the lead boat of the class, the St. Petersburg, in 2010. The sub has been undergoing operational evaluation ever since. It primarily serves as a test platform. As I explained elsewhere: The St. Petersburg was already laid down in 1997 at the Admiralty Shipyard in St. Petersburg. Construction of its sister ships, the Kronstadt and Velikiy Luki began in 2005 and 2006 respectively, yet production of the two Lada-class subs was put on halt for some time and then restarted in 2013.

According to Buzakov, the Kronstadt will be transferred to the Navy in 2020, the Velikiy Luki in 2021, although he hints that the induction dates in both cases might have to be pushed back.  Lada-class subs purportedly have a very low acoustic signature due a special anti-sonar coating called Molniya (Lightning), which led a number of defense analysts calling the  boats the ‘Mini-Red October class.’ With a total displacement of 2,700 metric tons (submerged), the sub only needs a crew of 38 to operate.  Lada-subs are equipped with an advanced sonar and the automated combat control systemLitiy. The submarine can accommodate six torpedo tubes and purportedly features specialized vertical missile silos for anti-ship and land attack cruise missiles.  The Lada-class’ primary mission will be coastal defense against enemy submarines and surface vessels, surveillance and reconnaissance as well as intelligence gathering missions. Russia has also begun work on a new fifth-generation submarine, code named Project Kalina, based on the Project 677 Lada-class diesel-electric attack submarine.