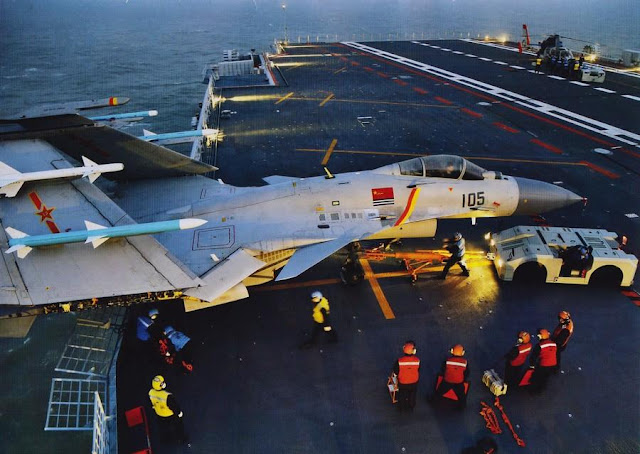 ° The J-15 is too heavy to operate efficiently from carriers, has problems with its flight control systems, has crashed several times, and more, Sputnik reported.

° But as The National Interest point out, the charges as a whole are also rather ironic, given that the former Soviet Union regularly copied Western military concepts and products.

Although Beijing and Moscow recently forged a military partnership, there still appears to be some animosity over their checkered past. 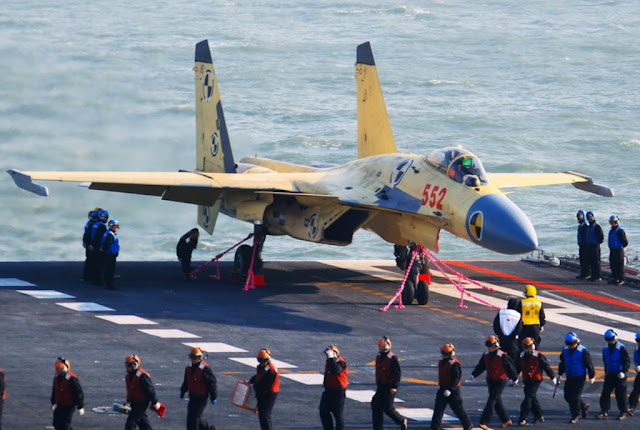 And Moscow, apparently, is still a little sour about it.

The J-15 is too heavy to operate efficiently from carriers, has problems with its flight control systems, which has led to several crashes, and more, Sputnik reported, adding that Beijing doesn't even have enough J-15s to outfit both of its carriers.

The Sputnik report was first spotted in the West by The National Interest.

"The J-15's engines and heavy weight severely limit its ability to operate effectively: at 17.5 tons empty weight, it tops the scales for carrier-based fighters," Sputnik reported, adding that "The US Navy's F-18 workhorse, by comparison, is only 14.5 tons."

"The Asia Times noted that Chinese media has disparaged the plane in numerous ways," Sputnik added, "including referring to it as a 'flopping fish' for its inability to operate effectively from the Chinese carriers, which launch fixed-wing aircraft under their own power from an inclined ramp on the bow of the ship." 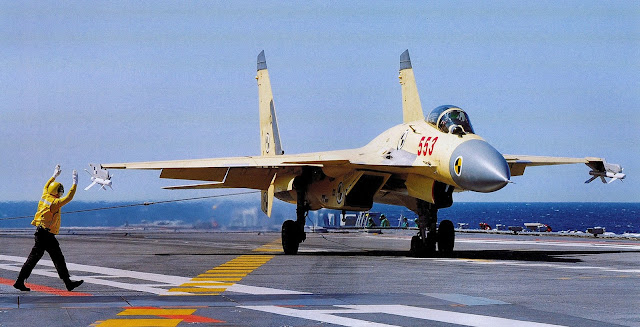 "Years ago the Chinese decided to save some money and, instead of buying several Su-33s from Russia for their subsequent license production in China, they opted for a Su-33 prototype in Ukraine," Sputnik quoted Kashin.

"As a result, the development of the J-15 took more time and more money than expected, and the first planes proved less than reliable," Kashin added.

Sputnik's many valid charges aside, the obesity charge seems rather ironic, given that the Su-33 is about as heavy as the J-15, and Moscow is currently upgrading it's troubled Admiral Kuznetsov carrier to launch the Su-33. 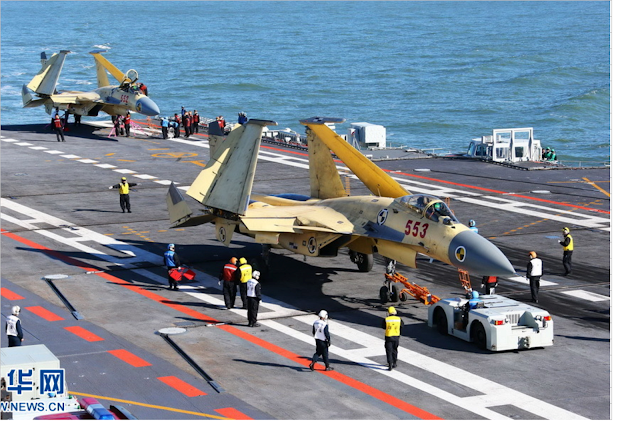 China's first carrier, the Liaoning, is a Kuznetsov-class carrier like the Admiral Kuznetsov, and both use short-take off but arrested recovery launch systems.

But as The National Interest pointed out, the charges as a whole are also rather ironic, given that the former Soviet Union regularly copied Western military concepts and products.

"Considering that China has the same habit, there is a poetic justice here," The National Interest's Michael Peck wrote.